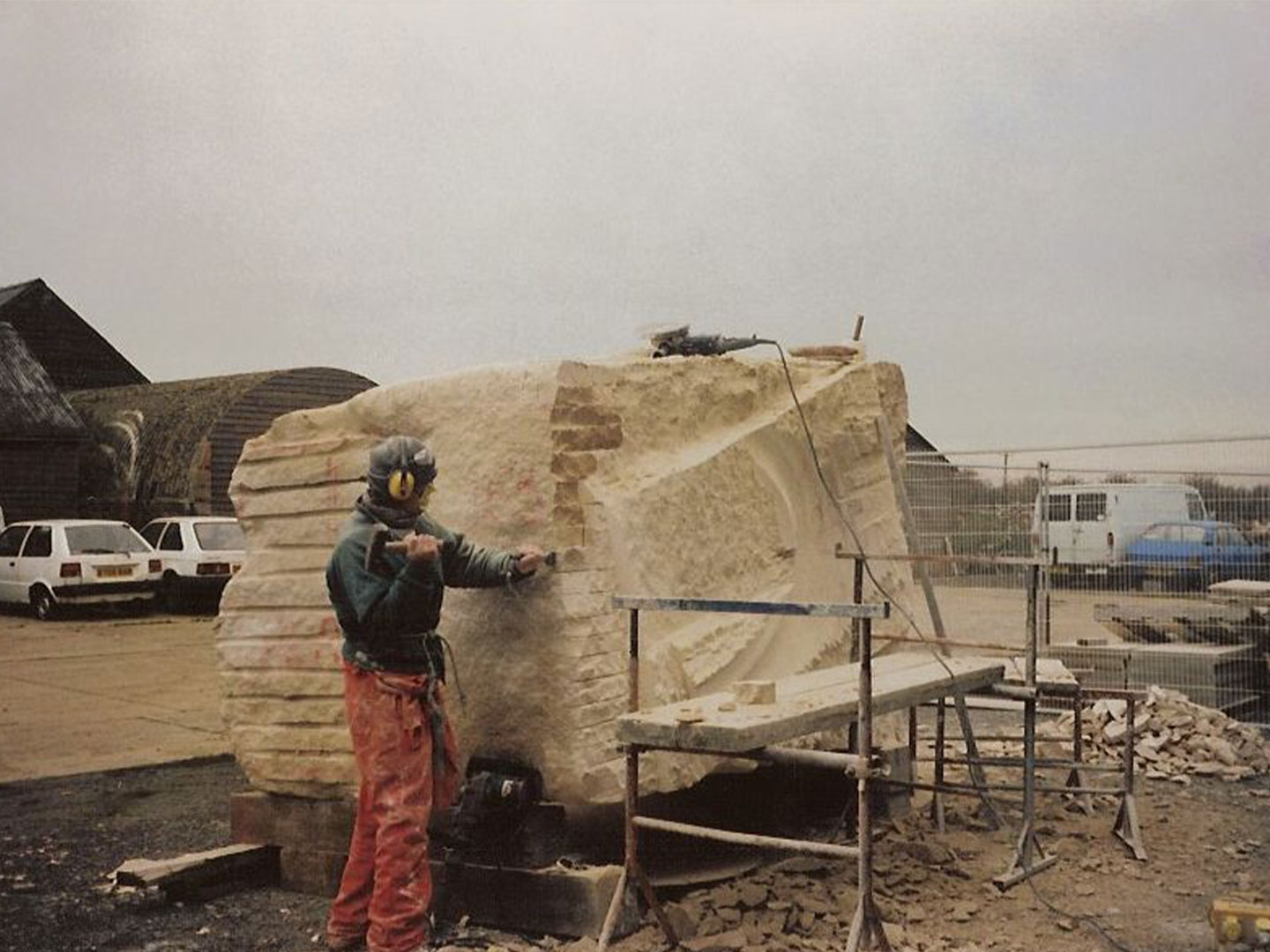 The stone industry was one of the last to modenise, at least in Britain. When I started my apprenticeship and all through the 10 years I was at the company, the process, from the block, in the early days was achieved 100% by hand. By the time I left it was still over 80%.

I feel that there is no true, written representation of the trade in the late 20th century so a document of some kind initially would be a very technical ‘story’ describing the day to day funcionality and the miriad materials processes and tools.

Well, it will be. I am a geek when it comes to high level craft and a persons ability to focus and enjoy taking a craft to its higher limits its innevitable. I am not a fan of part timers with a couple of short courses and limited experience refering to themselves as experts in any vocation let alone a high craft. Its the self labeling not the concept and robs those that are truly skilled of there depth of knowledge. There are of course geniuses out there, but it is the work that is produced that is the proof of it.

I would imagine these aspects of technical revelation will appeal to the ‘geek’ of mind. However it is not so much about appeal but more about documenting this era in the trade, and my direct experience of it, down in print for posterity.

However… I felt that this approach would miss the vital aspect of the ‘society’ of the workshop.

The functionalty and effeciency was only possible due to the interpersonal dynamics. The discipline, the respect for eperience, material, cosequences of mistakes and disrespect and many predudices.

There will be much licence employed with characters and the fictional tale woven within?… Well, it might be fictional… you decide! The technical aspects will be true and accurate as regards the output from the workshop in Cambridge. Each company that would be involved in this craft would have workshops with differing personas. As personality of a behive, they are all slightly nuanced.

Techniques from differing workshops were broadly the same but there may have been diferences in the tools or the minor details of process. However, Gothic is Gothic, the various orders of Classical forms were fixed… a restoration was a restoration of what went before, not a re-design, so the finished form from any institute would be appropriate and proper regardless of prsonal style.

So, the novel WILL tediously track the practicalities that, even by hand, made this process very functional and very efficient, but it will also have, woven within, a story… based upon events at the time. The main protagonist, a fresh naive straight from school Sammy Dragavei.

It will explore the relationships between younger generation and the masters. There was a casm in the age gap. The middle aged had abandoned the craft for the sevice industries… the Post office, BT , British rail. These institutions paid well and offered perks… pensions for example. This left the fresh young aprentices direct access to those older craftsmen with vast cantakerous experience and many true, and many very garnished tales… some meant to mislead and play with a young mind.

Nevertheless, there was a secret, three, soon to retire masons (although you would not think it to look at them) had a scheme… posibilities… to enable a more comfortable older age! But, at impasse, a predicament affording no obvious escape, would a destiny be preserved?

Would the solution be stumbled upon by the naive or would professioal figure it out?

Chapters will appear one by one here. Perhaps a publisher will be sought… Perhaps one will seek?