There were many commissions I was tasked with as one of Ians ‘collaborators’. One or two fine pieces for the CCA but mostly commissions in the landscape at Little Sparta, 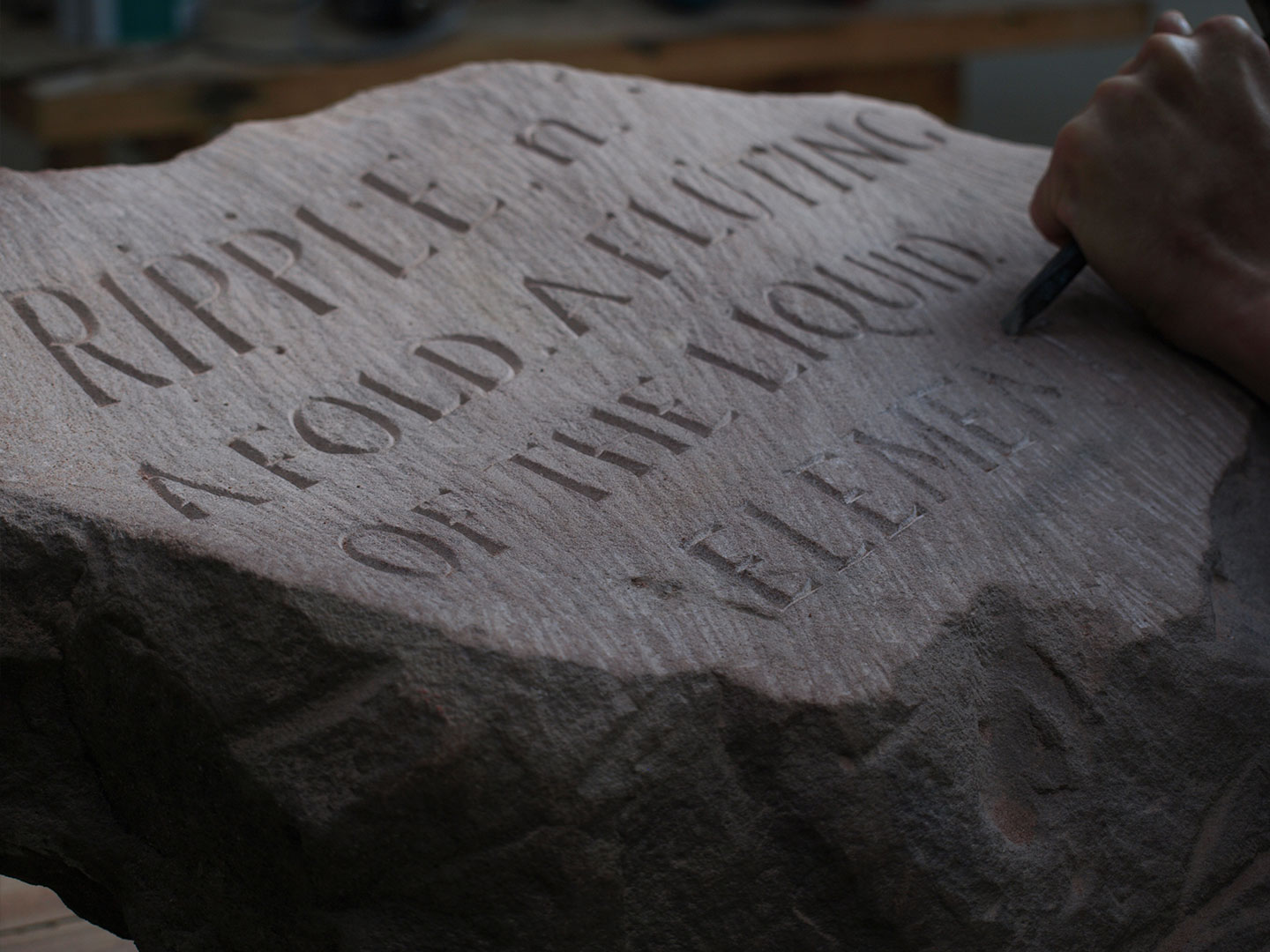 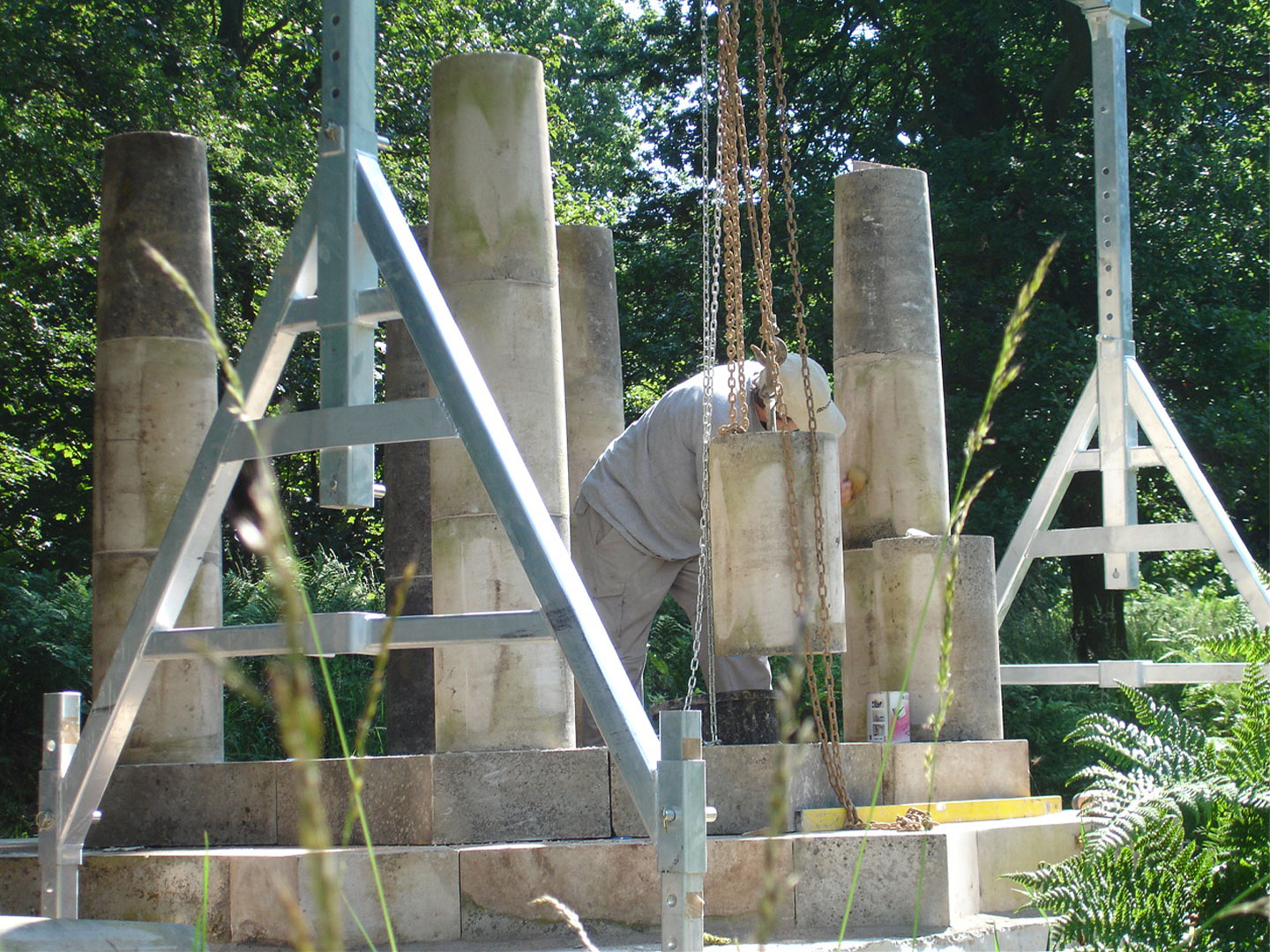 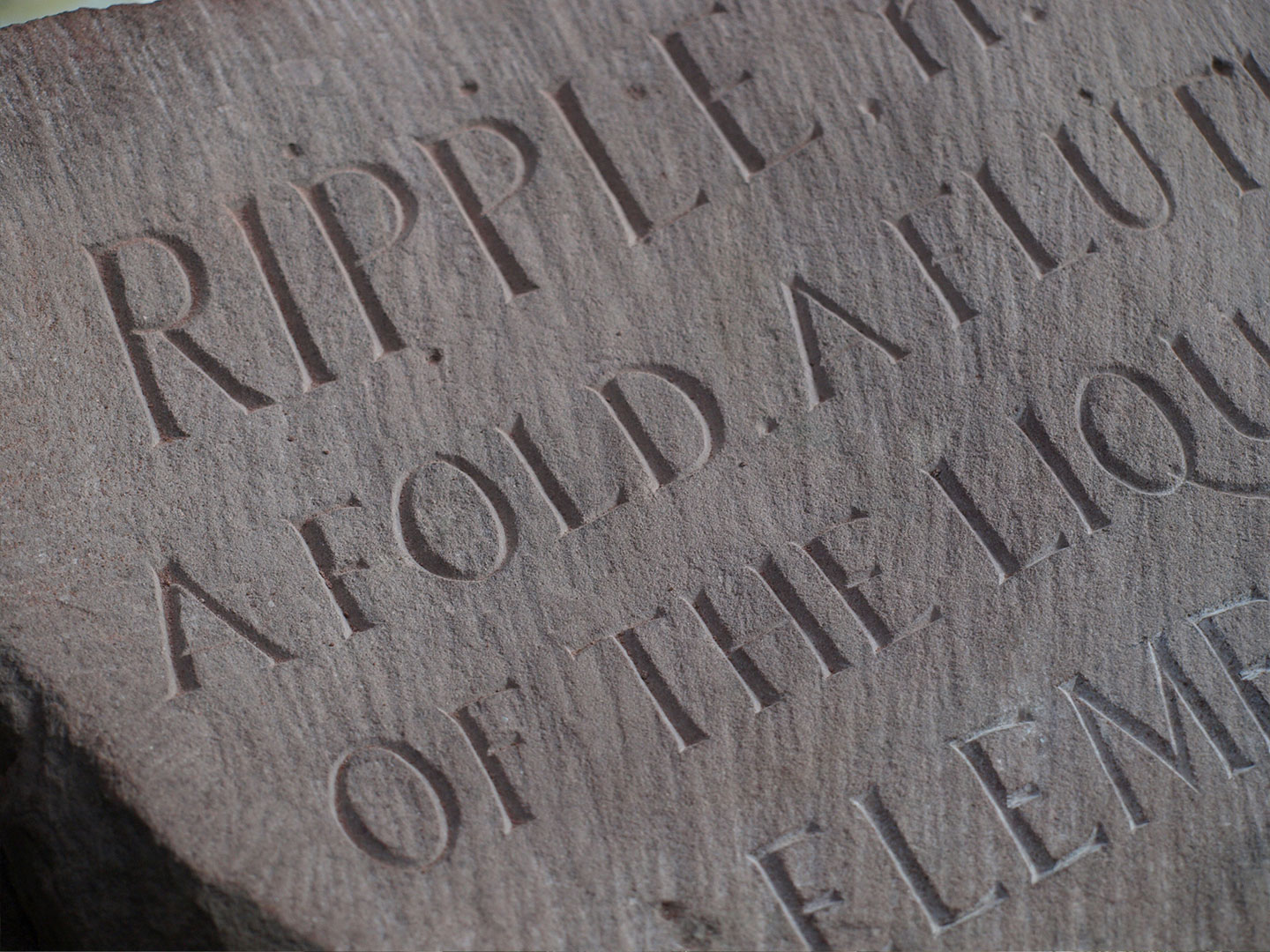 Mostly the work was done in the depths of winter  as Ian did not want work progressing during the open season of the garden.

Many of the commissions involved work in the little waterways. An aqueduct, two bridges, one from stone gathered fro the moorland surrounding the garden and the other, a beautiful arc formed from Portland stone with text carved on both sides. There was also a small dam and a stone ‘Ripple’ in one of the pools.

This work involved trying to divert the streams long enough to discover bedrock and form foundations to ensure these structures stayed where we placed them. The aqueduct was particularly difficult and it was literally built in the stream linking two pools. Difficult enough in the Summer but in a cold winter!!. There was an understanding that working for Ian was to endure, and there was an expectation.

The biggest commission was the Temple to Apollo. It was situated at the very far end of the lochan

And about a yards via narrow twisting paths and another hundred of loose gravel. It took longer to get the fifty heavy stones and the tons of sand and gravel for the foundation from the entrance to the end of the garden. I remember one day it snowed so hard that we took refuge in a goose hut. There is always a silver lining. The packed freezing snow bound the gravel in the long path so as the wheels of our barrow did not keep burying themselves in it. Aside from our feet slipping it was a little easier and we prayed for icy conditions until we had transported everything.

Unfortunately six months later I got a call requesting the temple be taken down. From later conversations I gather that Ian considered it a little too ostentatious for the garden. It was not built to be demolished so one of the original lintels and dome stones had to be sacrificed in order to allow space to wiggle the others loose. But yes …. All stones painstakingly transported back over the gravel and stored on pallets. A dome with an oculus had been made for it in the meantime but it was never added whilst in Little Sparta.

A decade later I received a call from Pia Simig asking me if I was interested in erecting the temple again. An art collector was interested in purchasing it. I agreed, and it now stands in a woodland in the grounds of Bonnington house Edinburgh. The beauty of its ‘hibernation’ was the greening and moss that had gathered on it. I tried to keep as much of this as possible and when resited in the woodland it appeared that it had always been there including the dome.